How do I pick the right degree and career?

Freud is reputed to have said that a happy life has the structure that enables us "to love and to work". Love is an unpredictable beast but the horns of destiny can be firmly grabbed when it comes to work.

As someone who is coming to the end of a degree with little career prospects (Architecture), I write this article to appeal to others not to follow me down this path.

There are steps to ensure you pick the right degree and career:

This business principle which stands for 'Return on Investment' is relevant when it comes to doing a degree. The three year investment in time and £50,000 investment in cash should pay back. We do it with everything else in life, such as picking the best ISA account or investing in a solid business idea, so why do so many bright and hardworking students blunder into pointless degrees that do not offer a return? 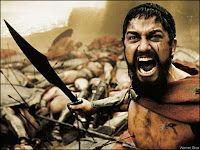 A world of men

We live in the world of men. I often want to defenestrate my computer and hide in a forest and eat berries. But that is not sustainable- we must do as society dictates. If you were born into ancient Sparta- you would be expected (if you were a man) to train as a warrior but in today's world, society dictates we go to university and embark on a respected career. Respect is what we all secretly crave from our fellow man. It's being at a party and being able to comfortably answer the 'so what do you do?' question.

There are some jobs you can only do if you hold a degree in that subject and then there are some jobs that any degree would be relevant. If we took say Radiography and Insurance- Someone who trains to be a radiographer could become either a radiographer or enter insurance, but someone who has a degree in say history could only apply for the insurance job. The person that studies radiography is the Duplex (works both ways) but the history grad is the Simplex (works only one way). The same applies for A-Levels- The maths and sciences will unlock so many more degree choices than the arts.

This made up word of mine combines two factors that mankind deems as successful: Cosmetics and Merit. We do live in a cosmetic world where beauty is valued but we also live in a meritocracy which values those that have made it through hard work and brains. Nobody is impressed or respects wealth that is inherited- in fact many people dismiss the aristocracy. Celebrity Oxbridge maths graduate Rachel Riley is someone who has risen to the top of our 'Cos-meritocracy'.

Condemned by the judgement of a child

Most of us only get one shot at university and could not afford a second attempt both financially or in time. It is so important to get it right. Unfortunately our futures are so often decided by our unthinking sixteen year old selves. The only solution (in the British system anyway) is to ensure you mature really early on. Some of the lucky ones know from an early age what they want to do and this gives them the incentive to both study hard and pick the right subject. However, a large proportion, like me, just muddled along. I wish I knew then, what I know now.

Parents must push their children to mature early. Encourage them to travel alone and get holiday jobs. The jobs will usually be so terrible that it will incentivise them to formulate career aspirations so they don't end up with these jobs in later life. A job may not show you want to do but it will show you what you don't want to do!

As human beings we are interested in many things but taking some of these interests to a higher level may be a bad idea. I enjoy philosophy when I read it regurgitated by authors such as Alain de Botton who make the subject accessible, but my interest would be killed off if I studied it at degree level. Indeed, even if you think you can stick three years of it- Don't!- The job prospects at the end are bleak. The key is to find an interest that you can 'monetise'. This may not be your first, second or even third interest but you will have an interest somewhere that has potential to make money at the end of the day. Of course, it's not just a question of money- some of the wealthiest people are also the unhappiest. A compromise must be struck there too. 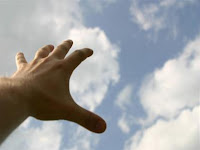 Reach for the heavens or Baby steps?

Now this is a dilemma. Do you reach for the heavens (and fall amongst the stars, or flat on your face!) or do you take baby steps and progress in increments towards your career? If you aim high, say medicine and fail then you are in danger of never trying again because you are 'once bitten, twice shy' Baby steps might be first training as a nurse and then if the health care profession is for you, retraining as a doctor. 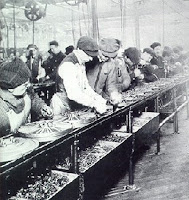 There are few generalists left so get used to the idea of specialising. This is no bad thing: it is rewarding to know a subject really well. Just be sure to pick the right subject before investing time in it. A doctor who specialises is one thing but an English grad who specialises in Byzantine poetry is probably wasting their time.

Pick a bullet proof career that will hold its own in a recession. Architecture and construction careers are worst affected in a recession as they are the first to be affected and the last to recover. You would have thought that the basic human needs are food, health and shelter but in a recession people simply stop building whereas the other stuff carries on. Take a look at the Time Business 150 Best Recession-Proof jobs and start asking questions now if your intended career is not on there. Make sure you cross reference with other lists, than trust one source. Another great article is in the Daily Mail Professions hit hardest by the recession which should make you think twice about certain professions.

There are certain topics you may learn to an advanced level only to find that on entering the work place, the ordinary joe is having a go at it. This might include weddings that dispense with professional photographers and a family friend has a go, or web design. However, there are some areas which the law, and even the subject, give exclusivity. For instance, no one would have a go at surgery for you must be trained and registered.

Don't pick a degree and then look for the job! Work backwards by finding a job you want to do and then learning what qualifications you need to get there.

But what if you don't know what job you want? It is important not to commit 3 years and £50,000 to a degree until you're sure you want to pursue that path. Start by going through the UCAS handbook looking at every course that interests you. You may have a long list but you will have rejected some courses along the way. Then progress to taking short courses- perhaps complete the A-level in it and buy books on the topic. If you can't finish a book on say 'computer information systems' because it bores you senseless then don't opt to do a degree in it. £100 spent on books that highlight how unsuitable you are for a course is very cheap up against £50,000 of debt.

Watch out for the angles

Talk to as many people as possible but watch out for the angle people might have. If you go to a university open day and ask the philosophy professor what the job prospects are he will of course tell you they are very good and a degree in philosophy will give you "many interchangeable skills" etc, etc. He is not worried about whether you will find employment at the end: he simply wants to fill his course. Beware of ulterior motives! Also be wary of those who tell you it doesn't matter what you study- it is the experience that counts. These people are 'foxes without tails' and don't want you to learn from their mistakes.

I recently stumbled on a fantastic site that every prospective student should read even if it's the only research they do. It is http://b4iapply.com/ Unfortunately most 18 year olds can not be told and will have to learn the hard way. You only have to look at the dropout rate of around 25% to realise how many get it wrong and those are perhaps the lucky ones who realise early on that their degree is not for them. I would also recommend Po Bronson's book "What should I do with my Life". It's not a self help book I promise!

This excellent book, Where the jobs are now, points out the most secure markets to be in including Healthcare, Biotechnology, Education and IT. It would be worth heading for the section of the library section called Society>Careers and just perusing the selection of books- No need to spend more than you need to.

The bubble will burst

The bubble for universities will burst soon as students realise that only degrees in say accounting, law and medicine go anywhere and universities will have to cut degrees in Media studies, English and even dare I say it, architecture. No one will want to do them because they don't lead to employment. Forget the 'I do it because I love it'- you will quickly fall out of love with the subject when it leads nowhere. You must kill two birds with one stone- something that interests you AND finds you employment. Also forget the 'I go to uni to have the time of my life' stuff- if you don't like the subject, you will be miserable.

You'd need a thousand life times to really assess what you should have done with your life. You may know on your death bed but then it is too late. I may change my stance, but well into my late twenties, wiser and jaded, I have come to the above conclusions.

Remember, so often our whole identity is wrapped up with our work. It has come to define us. So choose wisely.

I hope you enjoyed this article and it wasn't too much of a diatribe.

I'd love to hear any comments you might have. I have played devil's advocate in some cases and presented an extreme (bordering on bigoted view) just to encourage those reading to really ponder the points I've made.

Posted by Deli_equipment at 15:18 No comments: